Lilies of the Valley #2

Following on from Ronlit’s post on the Early Nancy, there are two attractive native lilies flowering right now that, although harder to find than the better known Bulbine and Chocolate Lilies, can still be discovered on some undisturbed roadsides and bush remnants. They are the Blue Grass-lily (Caesia calliantha) and Yellow Rush-lily (Tricoryne elatior).

Both lilies have grass-like foliage and are thus easily overlooked until the bright star-shaped flowers appear.  An interesting feature of both is that the spent flowers are spirally twisted, as seen in some of the photos below. The root tubers of the Blue Grass-lily were an important Aboriginal food.

They both also readily attract various pollinators such as hover flies and native bees, and are therefore good candidates for the current “Wild Pollinator Count” – see the Focus on Fauna website. 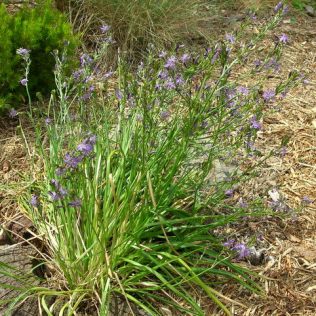 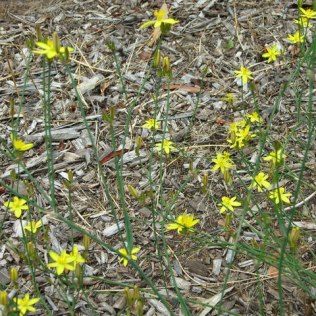 Every bird was counted

Strath Creek Landcare Group in conjunction with the Murrindindi Shire Council hosted an information session and bird walk in Coonans Reserve, Flowerdale, on Saturday 17 October. Sue McNair from the council introduced the Aussie Backyard Bird Count, an Australia-wide project to get people to identify and count the birds they see in 20-minute time frames during a set week in October. 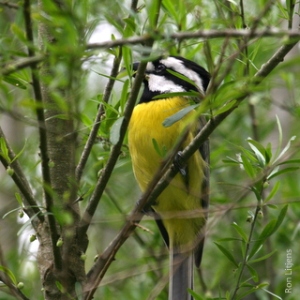 In the bird walk that followed, participants identified 25 birds (see list below) in the creek-side reserve. We were very encouraged to spot some Crested Shrike-tits making an appearance during the count. This bird is one of five Focal Species featured in the Birds of the Lower King Parrot Creek booklet published by Strath Creek Landcare group in 2007. This bird was known to be declining in range and numbers, so efforts had been made in Coonans Reserve and other areas along the creek to provide habitat for it. We also saw several nesting sites in the large River Gums including one for Gang Gang Cockatoos.

The fabulous lunch provided by Laurie Macmillan was interrupted by the sight of an echidna swimming across the King Parrot Creek. It was great to welcome attendees from our neighbouring Landcare groups of Flowerdale, Kinglake and Dabyminga. Huge thanks go to Dave and Laurie for putting the event together.

As a lead-in to the event, Strath Creek Landcare Group, in conjunction with Murrindindi Shire Council, is holding an information session and bird walk. This will be followed by a BBQ lunch

When: Saturday 17th October starting at 10am

Lilies of the Valley #1

It is pretty dry out in the Valley of a Thousand Hills. The lilies however appear to be having a bumper season. This year the first lily out of the blocks again was the Early Nancy (Wurmbea dioica). Early Nancy is a perennial herb that grows from a tuber. The flowers are white with an inner magenta ring. The male and female parts exist on different plants. Pictured above is the male plant. Later in the season the female plant will appear, producing its three purple seed-bearing fruit (see below right). 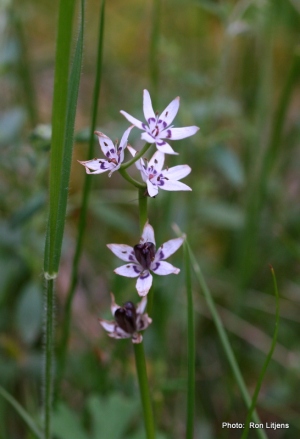 The common name refers to Early Nancy’s being one of the first blooms in spring. The scientific name, Wurmbea diocia, is derived from a German botanist with the grand name of Christoph Carl Friedrich von Wurmb. The Greek word diocia, meaning ‘two houses’, indicates the male and female reproductive organs are on separate plants.

Valley of a Million Trees

If you have been driving along the road from Strath Creek to Kerrisdale recently you will no doubt have noticed what in the sun looks like diamonds scattered all over the bald hills. They are in fact tree guards – thousands of them. Over the past several years Craig Rubinstein with the help of local contractor Gary Hendy and Tim Robb has embarked on an ambitious revegetation project on his property. If you look carefully at the photo below you can just make out the tree guards on the hills. 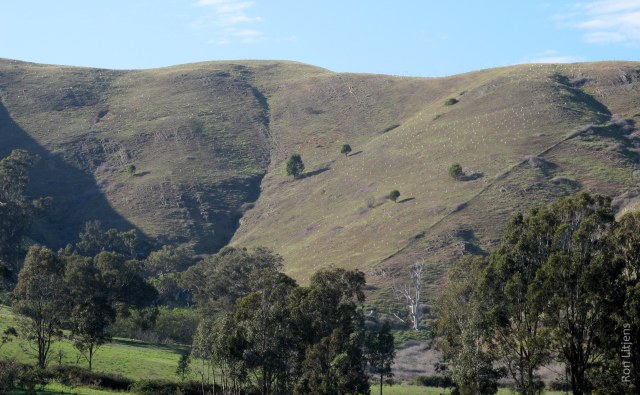 It is projects like Craig’s and others in the district – Parncutt’s, Griffin’s – to name a few, that will change Strath Creek from the Valley of a Thousand Hills to the Valley of a Million Trees.

The great work that members of the Strath Creek Landcare Group have done over many years to restore the riparian zone of the King Parrot Creek is no more evident than in late winter and early spring when, with the flowering of the wattles, the creek becomes a river of gold, snaking its way through the Valley of a Thousand Hills.
.

All we need is a Zebra crossing

National Tree Day on 26 July this year was a momentous day for Terry the Tractor and Friends. As previously reported, for the last 8 months, Strath Creek Landcare Group has been fencing off and replanting the riparian zone bordering the King Parrot Creek on Jeanette Williams’s property so as to exclude livestock from the creek. Protecting the King Parrot Creek in this way has been a major focus of the group for decades.

.
What was special about the work last Sunday was that the 850 trees and shrubs planted formed the link between the established wildlife corridor along the King Parrot Creek and an established wildlife corridor that runs through the Three Sisters (home of Terry the Tractor), extending almost to the Mount Disappointment State Forest. Once the plants have become established, animals will be able to travel up and down the King Parrot Creek along these wildlife corridors to visit relatives (and hopefully future partners) in the higher grounds of Mount Disappointment and vice versa.

The nagging question in my mind is how this faunal traffic will cross the Flowerdale–Broadford Road. Birds can obviously fly across. Animals, if they are clever enough, can use the two large culverts under the road when there is no water flowing through them. But what about in winter? We’ll probably need to consider installing a Zebra crossing.

Thank you to Jeanette, who set aside land for the new trees and shrubs and cooked up home-chicory-smoked-gourmet 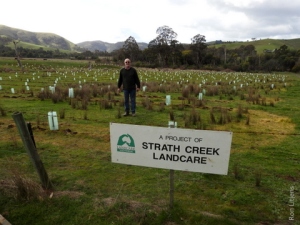 Terry – out standing in his field

sausages for lunch. Thanks also to all who turned up on a chilly but dry (at least until lunch time) planting day and to those who have put time and energy into the fencing over the last 8 months. Thanks to the Goulburn Broken CMA for supporting the work. And last, thanks to Terry (without Tractor on Sunday) for spurring us on. Terry deserves a Nobel Prize, for as the picture shows, he is out standing in his field. Well, Jeanette’s field.

Just to show our group doesn’t stay idle for long, here’s some photos from recent activities. See reports in our latest newsletter by clicking on the Newsletters header above. And click on any of the photos below for a closer look.

Focus on Fauna talk on Leadbeater’s Possum by Steve Meacher and Trent Patten:

Hard at work in the fog

Shaunna and her Snow Gum

Snow Gum and planting its offspring

With the Leadbeater’s Possum conservation status now upgraded to ‘Critically Endangered’ more than ever we need to understand the importance of this tiny creature.

Focus on Fauna presents Flagship for the Forests, a talk on the faunal emblem of Victoria by Steve Meacher and Trent Patten.

Homes for the feathered and furry

The Strath Creek Biodiversity Project is winding up. On over 200 ha at 13 sites we have built fencing, controlled weeds and replanted habitat. To finish off, while the bush is growing back we are installing nest-boxes to give some of the critters out there a place to live. This week 12 of the 30 boxes were installed – affordable housing in the King Parrot Creek valley!